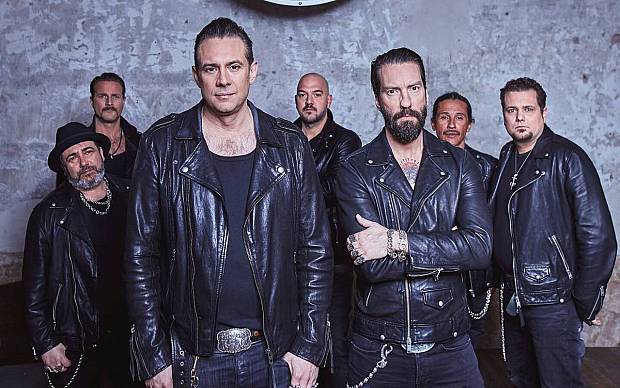 Nine albums in thirteen years, all albums have attained gold and platinum status, and have been in the Top 5 of the German Album-Charts.

The latest two albums in a row hit #1 in the German Charts. And “Dos Bros” sold over 300.000 copies. Winners of the ECHO award for Best National Band in the catargory Rock/Pop.

The BossHoss are one of Germany’s top live acts and have played more than 1,500 live shows since 2005 in 23 different countries. 300,000 concert-goers per year. Playing to arenas with a capacity of 10,000 upwards. Festivals like Rock am Ring/Park(G) Download (UK) Donauinselfest(A) Gurten(CH) Szigit (HUN) Woodstock (PL). The BossHoss have a huge and loyal fan following.

Booking Europe (except for Germany):